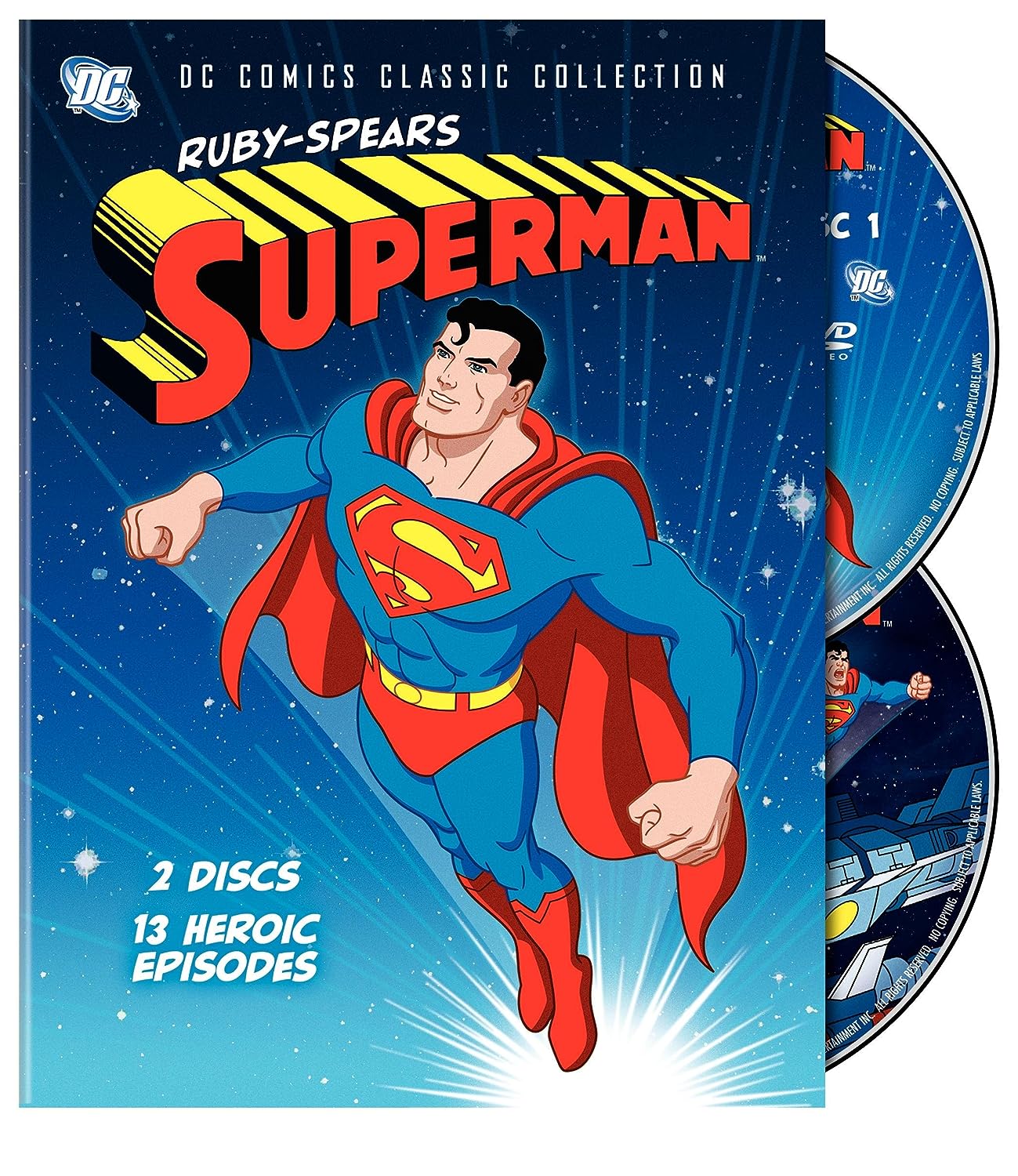 One of the greatest superheroes of all time, Superman, takes to the air in this action-packed animated series. Disguised as Clark Kent, a mild-mannered newspaper reporter, Superman uses his powers to overcome the forces of evil in a tireless crusade against crime and injustice. Jimmy Olson, Perry White, Lois Lane and Lex Luthor join the fabled hero for exciting adventures. And a five-minute sequence in each episode recounts key moments from Superman's childhood.

One of the lesser-known chapters in the Superman story, this 1988 one-season wonder was produced to coincide with the Man of Steel's 50th anniversary. Set to a reorchestrated version of John Williams's Superman theme from the 1978 feature film, the show's rousing opening packs a potent retro charge, with narration courtesy of the vintage George Reeves TV series ("More powerful than a locomotive…"). Superman fans who prefer superhero action to romance will take heart when within two minutes of the first episode, Superman and Lois Lane's idyllic nighttime flight over Metropolis is interrupted by a Lex Luthor-devised tank attack. In addition to Luthor, this series offered other memorable villains, including Cybron, a cyborg from the future; Morpheus, a deranged doctor who strips Superman of his powers; and the Hunter, a cunning and adaptable beast created by General Zod to exterminate Superman. Perhaps the highlight of the series is the episode in which Superman teams up with Wonder Woman to recapture an escaped evil sorceress. Some bona fide super talent guided the series, including Marv Wolfman, who, with John Byrne, cowrote the 1986 comic book reboot of the franchise, which, among other changes, transformed Luthor from mad scientist to corrupt industrialist (with a kryptonite ring and an impertinent habit of calling Superman "Supes"). Legendary DC artist Gil Kane did the character design. The animation is a marked improvement over previous Superman animated series. The voice acting is less inspired, but there is a cheesy charm to dialogue such as, "I've got to stop this comet before it hits Earth." A highlight of each episode is a "Superman Family Album" segment that traces Superman's rambunctious (and not a little bratty) adolescence in Smallville. A bonus feature, "Corporation of the Corrupt: The Rise of Lexcorp," is geared toward older viewers as it places the evolution of Lex's character in historical context, from the fear-of-science '40s and '50s to the "greed is good" '80s. Beyond its obvious nostalgic appeal for those who fondly (or dimly) remember this short-lived series, this two-disc set comprising all 13 episodes fills a gap in the Superman universe. --Donald Liebenson